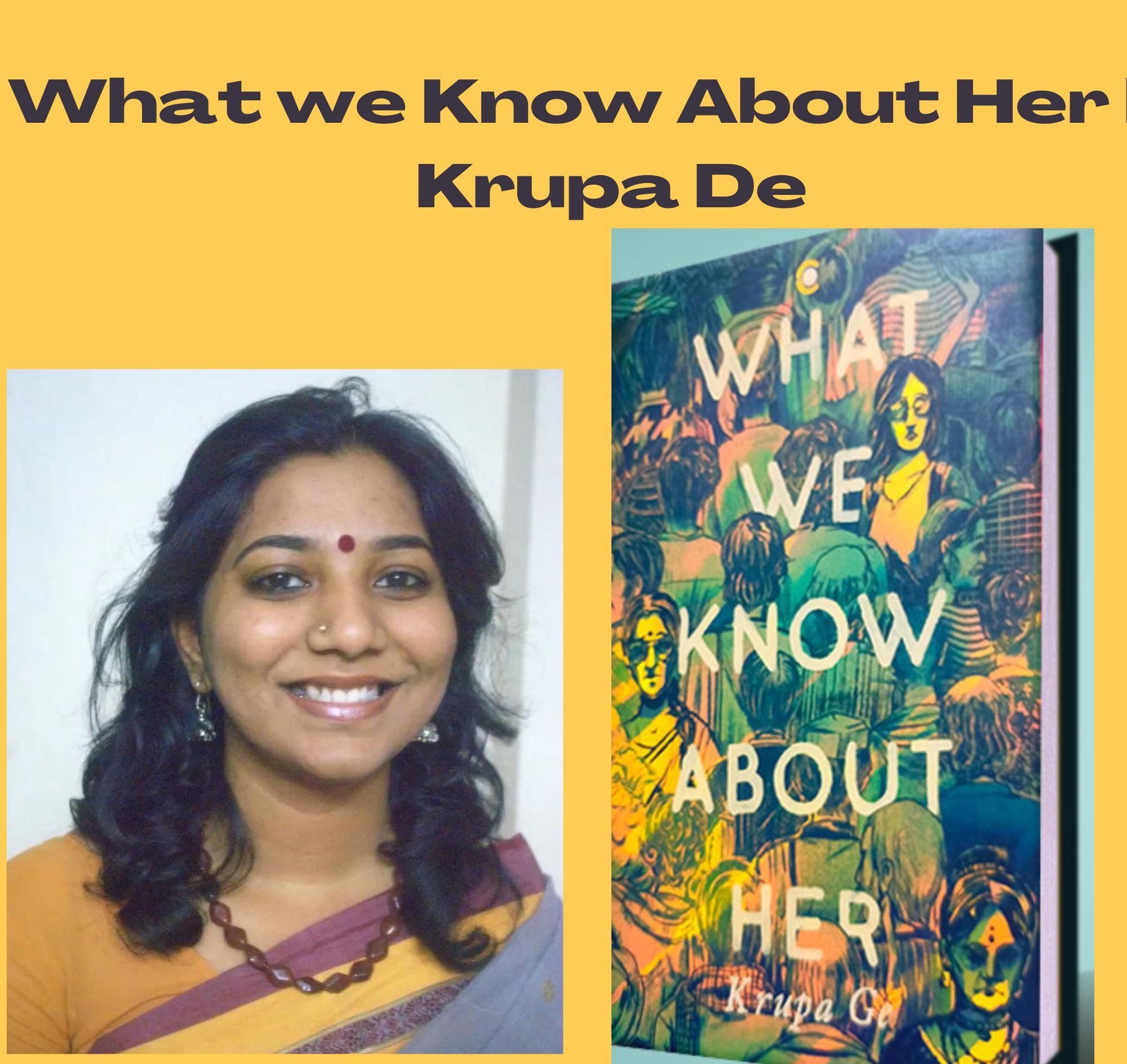 Book:  What We Know About Her

Krupa Ge:  A writer from Madras. What We Know About Her (2021) is her debut novel. Her non-fiction work Rivers Remember (2019). She got various literary praises for her creative acumen.

What We Know About Her:

Today we are going to talk about Krupa Ge’s novel What We Know About Her. In a simple single word, it is a story describing the tensions and antagonism between a mother and daughter relating to their ancestral home in Chingleput.  Her mother wanted to donate the ancestral house to some NGO. But I don’t understand the reason for such a decision.

The protagonist Yamuna loves the house and feels a deep bond with it. When the novel opens we met Yamuna,  determined to have her home,  boarded the train and accompanied by a letter of her grandmother started her journey to her grandfather.  Sitting on the train she narrates the letter that throws light on the past…the yellowish, hazy, melancholy past that lingers penetratingly in the presence of characters like sudden flashes or gnawing memories.

She was doing her PhD in early 20th-century music in Tamil Nadu and in that respect she became fascinated by and curious about her illustrious grand-aunt, Lalitha who had an unconventional acumen in music and profound self-illumination that she tried to keep up throughout her life, successfully or unsuccessfully.

We met Lalitha through Yamuna – her grand-niece. Lalitha had a rare gift in Carnatic music – her voice and adroitness in vocal music. But she could not pursue any career as she had to marry a person for whom the wife is a thing to own, not to care or love for. Lalitha came back to her paternal house, unable to tolerate the abuse and illicit relations of her husband. But though her elder sister took her away with her in Madras she had to come back. Lalitha found new life and love in the city Her devotion to music and ragas led her to a man who carried the same adoration and love for music and also for her. But she had to come back to her husband to produce an heir that she could not. Here she asks the question:

“ Was it I who made the promise to my husband that would deliver a boy to his precious family? Was it not the priest who blessed me to have a son and grandson? Puthra pouthra, did he not chant? Is it then not his fault?”

Subbu is the eldest sister of Lalitha. Being persuaded by her parents her elder sister wrote a letter to her husband insisting that he must take Lalitha back to take care of his older parents of him. She insisted on that point relieving the other issues as her woman heart realised the real emergency of a wife in the house was that for him.

Later she repented to this act of betrayal.

Letters take a vital role in the framework of this novel. Through the letters, characters communicate and reveal their interactions as well as the flow of thoughts.

Yamuna stands for the modern sensibility & restlessness that lingers in every young heart. . The novel glides at a tense yet sublime speed a .. sometimes focusing on light and sometimes in shadows sometimes there is the shore and in the next moment. nowhere to anchor.

The story unfurls the gap  -the breach of thought between two genders – It appears like a continuous dialogue between the two generations- old  v/s new. the tough, tense encounter & – continuous tug of war that painted these two generations drifts them afar and sometimes brings them close, Yamuna is In a constant search to tie the two worlds in uniformity – the past and the present

“Amma was braiding my hair when she told me this: you will become me. Like I became my mother. One day you will look in the mirror and search. In vain. You would have disappeared. And your mother’s face will smile back at you. You can change your hair now. Wear your bindi differently. Never wear your saree the way I wear it. Leave the tiniest bit possible at the end as pallu, not long and winding like I do mine. Or wear only glass bangles and not lac. But a day will come when your hair will be worn the way I wear mine now. When you will tie your saree the way I do mine. When you will wear only lac bangles. When you rummage through my ruins long after I have gone, looking for my remnants, you will find them only in the mirror, in your own reflection, …”

“Something about him too? How nice it is to know that such men exist in this world. That some men can respect our decisions, and not come chasing after us when we do not want them to, even when we cannot keep our promises.”

I feel after a long time I read something that touches my heart and soothes the desperate exasperation of my soul. Modern Indian English writings sometimes vocabulary become live rows of knots huddled together to express nothing or some cryptic magic realism type hypothesis… nothing on something beyond my reach.

In Krupa Ge’s style and story I found the Indian sensibility that M.K Nair (book link ) indicates as the yardstick of Indian English Literature.

She is not declarative, not noisy, not cryptic, not ostentatious, but rather genuine in language and theme. She wants to tell a story – that weaves so many trends – patriarchy,  politics, ancestry, matrimony relationship generation gap … and whatnot.  She has arranged all this in her expertise pen under a canopy of blue.

It sometimes happens the story started wandering from here to there, and the plot gets loose and lost its trail. Like a long dragging symphony, an ancient lullaby. Some subplots are inserted unnecessarily. And that hinders the continuity of thought and perception.

Anyway I like the novel and I love the characters…women characters, Yamuna, and Lalitha, They are typical Indian women, born out of the soil and fight for their identity and existential mark in that soil. 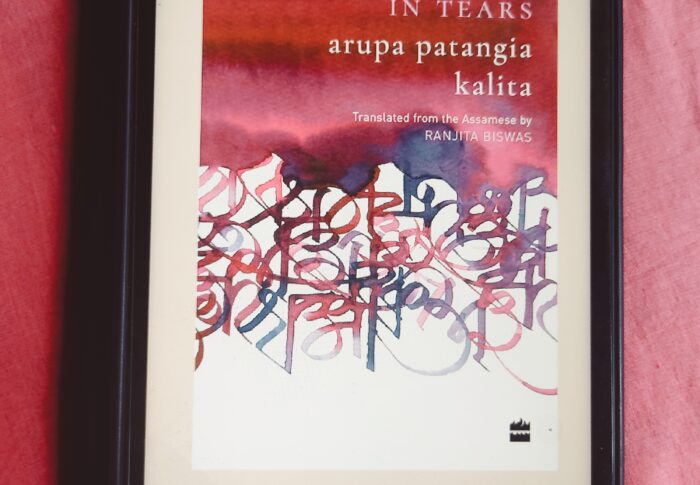 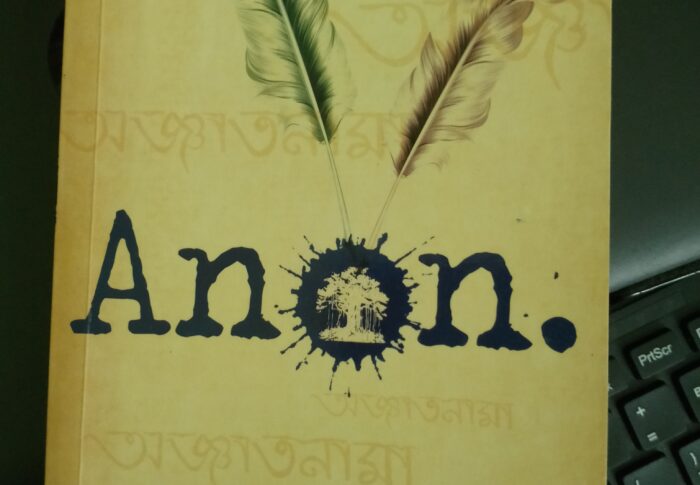 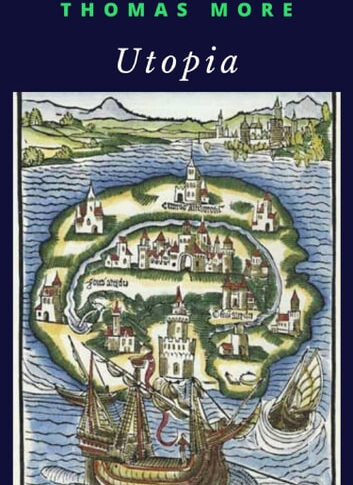 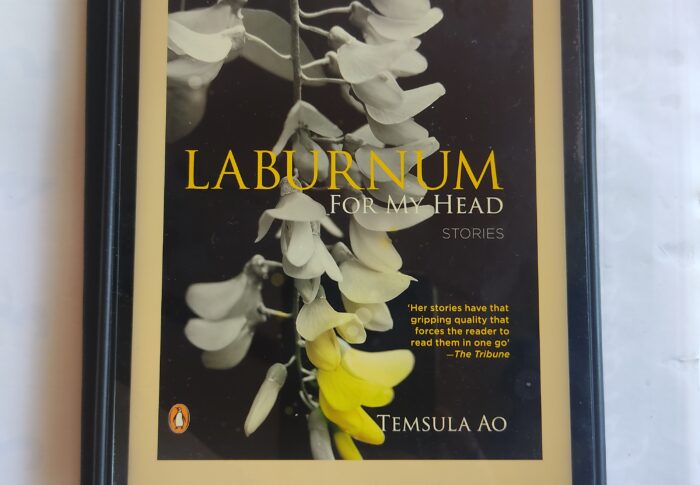 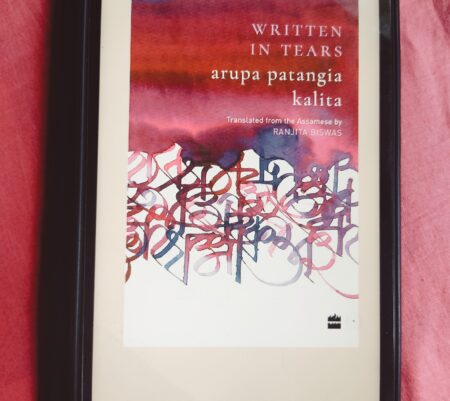 Laburnum for My Head – a short story collection by Temsula Ao

We use cookies on our website to give you the most relevant experience by remembering your preferences and repeat visits. By clicking “Accept”, you consent to the use of ALL the cookies.
Do not sell my personal information.
Cookie SettingsAccept
Manage consent

This website uses cookies to improve your experience while you navigate through the website. Out of these, the cookies that are categorized as necessary are stored on your browser as they are essential for the working of basic functionalities of the website. We also use third-party cookies that help us analyze and understand how you use this website. These cookies will be stored in your browser only with your consent. You also have the option to opt-out of these cookies. But opting out of some of these cookies may affect your browsing experience.
Necessary Always Enabled
Necessary cookies are absolutely essential for the website to function properly. These cookies ensure basic functionalities and security features of the website, anonymously.
Functional
Functional cookies help to perform certain functionalities like sharing the content of the website on social media platforms, collect feedbacks, and other third-party features.
Performance
Performance cookies are used to understand and analyze the key performance indexes of the website which helps in delivering a better user experience for the visitors.
Analytics
Analytical cookies are used to understand how visitors interact with the website. These cookies help provide information on metrics the number of visitors, bounce rate, traffic source, etc.
Advertisement
Advertisement cookies are used to provide visitors with relevant ads and marketing campaigns. These cookies track visitors across websites and collect information to provide customized ads.
Others
Other uncategorized cookies are those that are being analyzed and have not been classified into a category as yet.
SAVE & ACCEPT